Looking ahead at the November midterm elections and the Ground Zero mosque controversy, a group of Arab-American and Muslim Republicans wrote in an open letter, “we cannot support victory at the expense of . . . the Arab and Muslim community in America.” 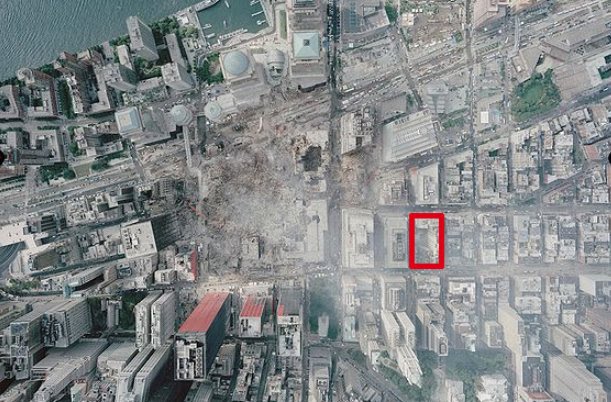 Read those words carefully. These self-styled Republicans, who are criticizing those who object to the mosque being built so close to the 9/11 death site in Lower Manhattan, say that it is more important to leave the Islamic center where it is planned than it is to help Republicans win control of Congress and defeat the Obama agenda this fall.

All six signers are, at best, marginal figures in the national Republican scene. However, their August 17 letter has caused the mainstream media to portray the party as wracked by fissures over the mosque issue, with figures like former House Speaker Newt Gingrich being portrayed as intolerant bigots. Opposition to the Islamic center planned for the Ground Zero neighborhood, they say, is unconstitutional and therefore anti-American.

The signers are a mixed bag of established Republican activists. One is considered mainstream, with no radical ties. Two lead a group that opposed the ouster of Saddam Hussein. One served as a paid agent of influence for Libyan dictator Muammar Qaddafi’s government. Another worked for years to weaken U.S. counterterrorism legislation, and collaborated with at least two convicted terrorists. The sixth signer is married to a well-known conservative strategist who has had controversial  – some friends say inexplicable – working relationships with convicted terrorists and Muslim Brotherhood operatives.

Of the group, David Ramadan is probably the closest to a mainstream conservative Republican. He has no known ties to radical groups or causes, and no known business associations with objectionable foreign regimes.

Sherine El-Abd is active with Egyptian-American causes. She serves as a point of contact for the Egyptian-American Business Association and is president of the Egyptian-American Professional Society.  Active in various civil rights causes, she also sits on the board of the Arab-American Institute (AAI). The  bipartisan AAI, co-founded in 1985 by George Salem, who also signed the Ground Zero mosque letter (see below), has worked to increase Arab-American voter participation in U.S. elections. Significantly, however, the AAI opposed President George W. Bush’s ouster of Iraqi dictator Saddam Hussein.

Randa Fahmy Hudome. An international political consultant, who served as a low-ranking political appointee in the Department of Energy, Randa Fahmy Hudome is head of her own public relations company, Fahmy Hudome International (FHI). Instead of boasting about using her Arabic skills and culture to help the U.S. fight terrorism, she took the terrorist regime of Libyan dictator Muammar Qaddafi as a client, serving as a registered agent of influence. According to her website, “After persistent and effective advocacy for Libya, FHI achieved a great success in May of 2006, when the U.S. Department of State removed Libya from its list of countries sponsoring terrorism.”

George Salem is a well known Reagan Republican in Washington, and is the only identified non-Muslim of the group. A practicing Christian born in Florida of Palestinian parents from Ramallah, Salem is a longtime advocate of ethnic Palestinian and Arab causes. He co-founded the bipartisan Arab-American Institute (AAI) in 1985, the year he became Labor Solicitor under President Reagan, and continues to chair the organization. Active with many Arab-American groups and Palestinian-oriented charities, Salem served in 2004 as a representative of President George W. Bush at the funeral of Palestine Liberation Organization (PLO) terrorist leader Yasser Arafat. He was president of the National Association of Arab-Americans.

While the AAI under Salem’s chairmanship won a strong reputation for increasing Arab-American participation in U.S. elections, after the September 11, 2001 attacks its official positions became increasingly strident. “Prior to September 11, 2001, the organization enjoyed immense popularity in the U.S. media, especially among liberal and peace-oriented American Jews, for its seemingly moderate position on the Arab-Israeli conflict,” DiscovertheNetworks.com reports. “Following 9/11, however, the tone of AAI’s public pronouncements underwent a striking change; with ever-increasing frequency, the Institute denounced its opponents as racists, extremists, and Zionist agents. Moreover, it vehemently denied charges that Saddam Hussein had ever supported terrorism.”

Suhail Khan, identified as chairman of the “Conservative Inclusion Coalition,” made his debut in Washington as an aide to liberal Republican Tom Campbell, then a congressman from California. His late Pakistani father ran a controversial Islamic center in Santa Clara, California and was an official of two U.S. affiliates of the Muslim Brotherhood. His Pakistan-born mother served on a local board of the Council on American-Islamic Relations (CAIR).

In 2000, with Khan doing the staff work, Congressman Campbell deducted $173,480 from the Federal Bureau of Prisons from HR 4690, the Commerce Justice State & Judiciary Appropriations Act for FY 2001. The money was intended to be diverted for the use of foreign prisoners awaiting deportation under the law that Khan was trying to abolish.

Again with Khan doing the staffing, Congressman Campbell teamed with left-wing House Judiciary Committee Chairman John Conyers (D-Michigan) in an attempt to overturn Clinton Administration-era legislation that allowed federal authorities to use classified intelligence information in order to deport suspected terrorists from the United States. This writer reported on Khan’s work at the time for Insight magazine, a weekly then published by the Washington Times. Khan worked the legislation specifically for Sami Al-Arian, the head of an Islamic center in Tampa, Florida, whose brother-in-law, Mazen al-Najjar, was facing terrorist-related deportation proceedings. Federal immigration officials were using classified intelligence, which the suspect was not permitted to see, as part of the proceedings, and Khan tried to rescue him by helping draft the unsuccessful legislation – HR 1266, the “Secret Evidence Repeal Act of 2001” – that would have abolished the law. Al-Najar was a member of the governing Shura Council of the Palestinian Islamic Jihad (PIJ), a U.S. government-designated terrorist organizations.

Khan defended Al-Arian against conservative allegations of being a PIJ leader himself.  Al-Arian headed a legal front group, the National Coalition to Protect Political Freedom (NCPPF), which worked to abolish federal counterterrorism legislation and support Khan’s work on Capitol Hill. Under the law Khan was trying to abolish, Al-Arian was ultimately arrested, convicted and sentenced to federal prison as the leader of the North American cell of the PIJ, and as a member of the PIJ’s Shura Council, of which he was secretary.

Al-Arian had masqueraded as a Republican activist during the 2000 presidential election, providing money to the campaign of George W. Bush after previously supporting Democrats.

Despite his track record, Khan landed a job at the White House Office of Public Liaison under President George W. Bush in 2001. In June of that year, Khan followed Al-Arian at an American Muslim Council (AMC) “Art of Lobbying” training session. National security experts working with the Bush Administration to tighten counterterrorism laws after the 9/11 attacks found Khan to be more interested in having the White House protect radical Muslims against public backlash than recruiting mainstream Muslims to fight the radicals here at home.

Meanwhile, Al-Arian came to public attention as a leader of the Palestinian Islamic Jihad. He was arrested in February 2003 on a 50-count grand jury indictment alleging, among other things, financial support for terrorism. Al-Arian pleaded guilty in 2006 to conspiracy to provide material support to a terrorist organization and received a 57 month sentence. He is now under house arrest in Virginia, awaiting charges for contempt after refusing to testify against other reputed terrorist figures.

After the arrest, Khan told this writer that he had never met Al-Arian. Years later, in his failed 2010 GOP primary race for U.S. Senate from California, former Congressman Campbell took heat for writing a letter in defense of Al-Arian in 2002. He said he had never known of Al-Arian’s terrorist ties.

Suhail Khan also worked with Abdurahman Alamoudi, founder and head of the now-defunct AMC and its tax-exempt arm, the American Muslim Council Foundation. Alamoudi, an open supporter of Hamas and Hezbollah, also provided GOP campaigns with cash and activist support after becoming disillusioned with the Clinton Administration for enacting the law that Khan was trying to abolish. Identified as a Muslim Brotherhood operative, Alamoudi is presently serving a 23-year federal prison sentence on terrorism-related crimes.

Alamoudi introduced Khan at a June 2001 AMC luncheon, according to the printed agenda of the event.

The last signer of the Ground Zero mosque letter is Samah Alrayyes Norquist, the Palestinian Muslim wife of Republican operative Grover Norquist. Born in Kuwait of Palestinian parents, Samah Alrayyes immigrated to the United States in 1990, earned college degrees, and then worked in the office suite of Republican activist Grover Norquist’s Americans for Tax Reform (ATR).

On August 18, 2010, the morning after the six signers released the letter defending the Ground Zero mosque, Americans for Tax Reform  distributed the document by email to Republican and conservative activist leaders. According to ATR’s Patrick Gleason, Norquist’s group circulated the letter at the request of Suhail Khan.

ATR sent out the letter without any objection to the signers’ statement that it was more important to build the mosque near Ground Zero than it was to defeat the Democrats this fall.

This entry was posted in Articles and Letters, Evidence. Bookmark the permalink.